Illipe nut butter from the forests of Borneo is making a splash in the cosmetics industry and improving the livelihoods of Indonesia’s indigenous Dayak communities.

Collecting illipe nuts has a long history for Borneo’s Dayak community; a new initiative is helping it to continue. Image: Kemal Juffri, Panos Pictures/Food and Land Use Coalition

The tengkawang tree is sacred to the Dayak community of Borneo: its people believe that the trees hold the spirits of their ancestors.

Every three to five years, these 50-metre giants spring to life, and the forest canopy becomes a brilliant floral mosaic. It’s a signal that marks the beginning of harvest season; a few months later, the illipe nuts fall.

Beyond Borneo, many won’t have heard of an illipe nut; the tengkawang (Shorea stenoptera) grows only on this island. But local tribes have harvested the winged nuts for decades to make a rich vegetable oil or butter – much like shea or cocoa – used for cooking, candle making, and medicinal purposes.

In the last few years, the rest of the world has been introduced to the illipe nut and its protective properties. Forestwise, an ethical commodity company, has been working with Indonesian communities in West Kalimantan to process and export illipe butter to the global cosmetics market.

With a slightly higher melting point than cocoa and shea butter, the Bornean nut is ideal for soaps and lipsticks as it helps hold their shape. Used on the skin, it also protects from sun damage, can heal burns or sores, and is a long-lasting moisturiser. The butter has already gained international recognition and demand, with Forestwise supplying major industry players like Lush.

But the illipe nut’s protective powers don’t stop there. Not only does purchasing the nut help protect forests and support local communities to gain a better income, but it also has other positives for collectors – especially the women who often have the heaviest involvement in the supply chain.

Forestwise has supported collectors to bring back sun-drying: an easier process that has improved the health of many. Image: Kemal Juffri, Panos Pictures/Food and Land Use Coalition

A tough nut to crack

Herni, an elementary school teacher from Upit village in West Kalimantan, shared how Forestwise’s reintroduction of an old system for processing nuts has transformed the experience for her and other women.

Part of the Dayak community, her family has several tengkawang trees and Herni has been collecting nuts since childhood. She explained that her ancestors used to soak the illipe fruit, but they stopped when the factory they supplied started requesting that they smoked the nuts first, a process known as the ‘Salai’ method. Using the Salai method was burdensome; she’d have to keep moving the nuts, so they didn’t burn, which exposed her to fire and health problems from smoke inhalation.

“Salai work is tough,” she explains, “and women can’t do it alone; they have to be assisted by men.” On top of that, says Herni, “it can cause itching and shortness of breath.”

Now Forestwise has reintroduced an old tradition where collectors sun-dry the nuts instead. Without the long exposure to smoke and fumes, this method is much safer and gives women, who are usually responsible for this process, back the time they previously spent collecting fuelwood.

As well as bringing health benefits, collectors are receiving a much higher price for their nut harvests. Over 3,000 community members selling directly to Forestwise can earn at least IDR 6,000 (30p) per kilo instead of the previous IDR 1,000 (5p) per kilo, or up to eight times more for their harvests. Annually, that gives collectors an average 17% income boost.

Another collector, Erda, who also works as a nurse, started selling nuts to Forestwise recently. She says many in her community have welcomed the changes: “Incomes have increased, and most families have used the money they’ve received for children’s education and family savings.”

The partnership is turning things around for the endangered tenkawang (Shorea Stenoptera) tree. Image: Kemal Juffri, Panos Pictures/Food and Land Use Coalition

Good news for locals, this is also good news for their forests. Borneo has lost over half of its forests in the last 50 years, primarily to oil palm plantations. But higher prices for illipe nuts make cutting down the sacred trees for their timber – locally known as ‘meranti’ – less appealing. Each tengkawang tree can be worth far more left standing than cleared to make way for plantations.

With its portfolio of wild-harvested products, Forestwise hopes to show that its business model can generate double the revenue of monoculture plantations, an idea it calls ‘Rainforest Value’. Partnerships for Forests has been supporting the company to build on early successes and sharpen its business model for commercialising illipe nuts: expanding processing potential and securing off-takers.

“To date, we have processed many hundreds of tonnes of illipe nuts and have secured contracts with sustainability-focused cosmetics players including Lush Handmade Cosmetics, who have been very supportive,” says Dirk-Jan Oudshoorn, the company’s CEO.

With stronger forest protection and a bigger network of sustainability-focused buyers, Forestwise’s approach could be a major gamechanger for West Kalimantan’s forests and its peoples. Much more than just a powerful moisturiser, every pot of illipe butter produced this way comes with a planet-healing and community-supporting guarantee.

You can find out more about the initiative in this case study which presents how Partnerships for Forests (P4F) has supported Forestwise and the impacts felt by community members who work with the enterprise.

It details what the value chain looked like before and after P4F’s intervention, three changes felt by the community, and recommendations for other local enterprises to improve the level of gender equality within their business. 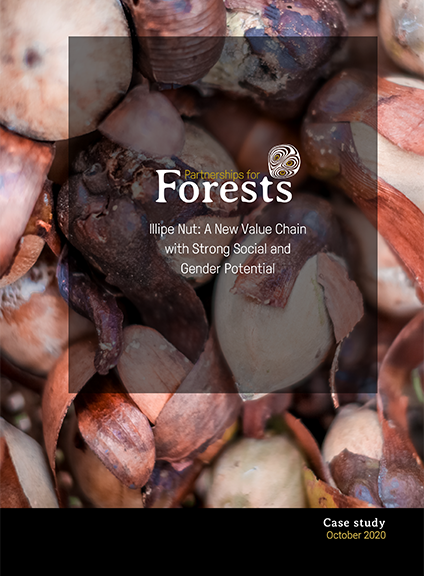 This case study explores how Partnerships for Forests is supporting ethical commodity producer Forestwise to develop a market for illipe butter to unlock the commercial value of the illipe nut and support communities in West Kalimantan, with a particular focus on the model’s gender and social impact. 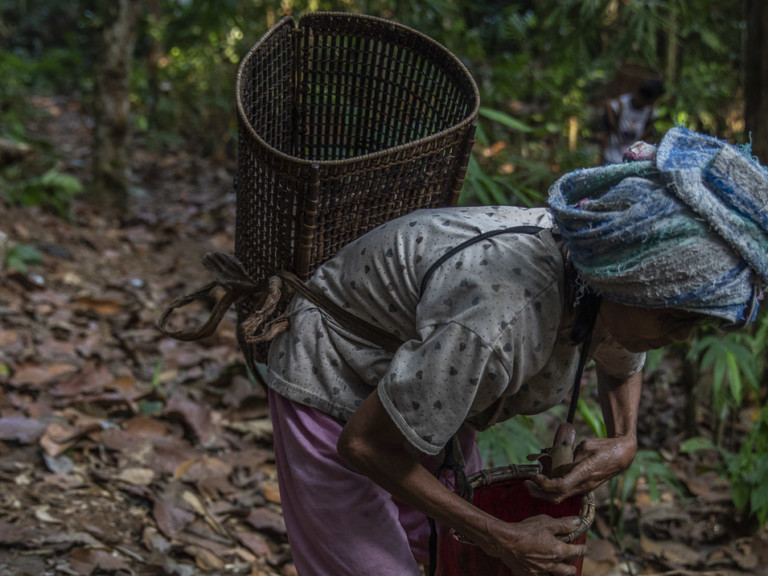 Unlocking the value of the illipe nut

Developing a market for illipe butter to unlock the potential commercial value of illipe nut in Kalimantan.

© Partnerships for Forests 2022
Design by Supernova