Political alignment through the Partnership is helping cement Europe’s position as a leading example in the global transition to deforestation-free supply chains.

Through the Partnership, nine European countries have committed to eliminate deforestation in relation to agricultural commodities by 2025.

Since its inception in 2015, the Amsterdam Declarations Partnership (ADP) has brought together major European economies to voice political support and align visions for deforestation-free supply chains. As ADP members and stakeholders convene this week for the virtual Oslo Tropical Forest Forum series, we reflect on three areas of the Partnership’s success in mobilising towards global climate commitments in five years of Partnerships for Forests’ support.

Partnerships for Forests (P4F) supports forest-friendly partnerships that reduce deforestation, while improving livelihoods and driving transformational change within the forests and land-use sector. Central to P4F’s strategy is support for demand-side initiatives, which ensure there is a market for sustainable commodities produced by on the ground partnerships. Since 2016, P4F has provided funding to the ADP’s independent Secretariat, tasked with supporting nine European country members that have committed to deforestation-free agricultural commodity supply chains.

According to Katie McCoy, P4F Team Leader, “the ADP provides an essential framework for achieving transformational change in the forest and land use sector, by helping to align the influential European market around a clear commitment to deforestation free supply chains, whilst maintaining dialogue with producing countries.”

Political commitment in both producer and consumer countries is critical to achieving sustainable and deforestation-free commodity supply chains, given that a small number of internationally traded agricultural commodities contribute to over half of global tropical deforestation. The European Commission highlights the disproportionate contribution of just seven agricultural commodities – beef, palm oil, soy, rubber, maize, cocoa and coffee – responsible for 85% of global forest cover loss.

While Europe’s market share of forest-risk commodity imports reduced in the last decade with the rise of China and India, it remains the second largest – with European consumption driving 16% of global deforestation. As a mature market in this position, Europe is also well placed to lead the way in developing and implementing policies and initiatives to help reduce tropical deforestation. Lessons learned in the process will be invaluable for promoting action in other consumer markets.

This week’s virtual ADP multistakeholder dialogue will focus on unpacking to what extent demand-side measures can enhance inclusive governance of commodity supply chains. Here we reflect on three areas where the ADP has been a significant driver in Europe’s response to this challenge:

Over the past five years, ADP membership has grown from four to nine signatory countries. As of 2021, Spain and Belgium formally joined Denmark, France, Germany, Italy, the Netherlands, Norway, and the UK. Not only does this growth demonstrate an increasing alignment between European countries on commodity-driven deforestation, but the strategic importance of the countries also now signed up to the ADP commitments makes it a significant win. Indeed, ADP member countries are responsible for 80% of Europe’s forest-risk commodity consumption.

With increased exchange, collaboration and synergy between major European consumer countries, the relevance and opportunity for impact on deforestation within Europe and beyond is strengthened. For instance, the EU Commission’s landmark 2019 communication on forests proposes actions that are in line with ADP’s existing agenda, such as prioritising work in partnership with producer countries to reduce pressure on forests, and refers to the ADP as an influencing stakeholder in setting these objectives – as does the EU Parliament’s 2020 resolution on reversing deforestation.

Calls for more urgent action on sustainable commodities have gotten louder. The French and Dutch Trade Ministers called upon the EU in June 2020 to increase its ambition regarding the nexus between trade and sustainable development. And more recently, the G7 members of the ADP – France, Germany, Italy, and UK – brought the subject of commodity-driven deforestation to the G7 meeting. Under the UK’s guidance, the G7 Environment and Climate Ministers committed to faster action on deforestation and biodiversity loss in the resulting communiqué

One of the ADP’s key strategies is to drive policy change – typically a slow, incremental process – that enhances demand for deforestation-free sustainable commodities across Europe. Over the past five years we have seen a significant pace change. More national policies and regulations are aligning with ADP’s objectives at the EU level and within individual ADP countries, such as public procurement policies, due diligence regulations and national multi-stakeholder commodity initiatives on cocoa, palm oil and soya.

The ADP has also given policymakers the impetus to develop national plans for tackling the consumption that fuels deforestation. France published its comprehensive “National Strategy to combat Imported Deforestation” in November 2018 to ensure zero deforestation imports on key forest risk commodities by 2030. And Denmark, France, Germany, the Netherlands, Norway and the UK have also defined new public procurement policies, guidelines or are in the process of doing so.

Recognising that voluntary sourcing commitments are insufficient to drive change at scale, ADP members have championed new regulatory legislation that prevents deforestation-linked commodities entering European markets. France adopted a first of its kind due diligence legislation in 2017 and the UK is now developing its own, making it a legal requirement for companies to address deforestation within their supply chains. The EU, too, is developing a framework for its member countries; an EU-wide regulation on deforestation-free, sustainable commodities would be a major breakthrough on demand-side action.

Another ADP strategy is to enhance synergy and cross-learning between national and international supply chain initiatives and approaches. The ADP has provided a framework for greater cohesion and collaboration between governments, industry initiatives and stakeholders. This work aims to bridge sectoral silos, integrating best-practice for sustainable commodities to avoid leakage, where incoherent policy simply shifts deforestation into other commodities or regions.

The ADP has been particularly instrumental in organising national soya initiatives across Europe. ADP’s work to support the evolution of different national soya initiatives and facilitate dialogue between them, contributed to the launch of the European National Soya Initiative (ENSI) in 2020, which brings together initiatives from Denmark, France, Germany, Netherlands, Norway and the UK. ADP has supported alignment on definitions, standards and long-term ambition.

Beyond soya, and recognising that cattle ranching is the largest global driver of deforestation, the ADP is also considering a similar approach to address deforestation risk in the beef and leather supply chains

While these successes are significant progress, they are still relatively small steps on the path to reducing commodity-driven deforestation. As a major consumer of forest-risk commodities, Europe’s role in accomplishing this goal is important, but it cannot succeed alone. Momentum for decoupling commodity production from deforestation must move faster, and demand-side measures must be scaled and given legally binding force.

Norway’s Prime Minister, Erna Solberg, announced the renewed ADP ambitions statement at the One Planet Summit in January 2021: “Eliminating deforestation in relation to agricultural commodities is a key issue. I am pleased that Norway has just signed the renewed Amsterdam Declarations Partnership statement for 2025 together with eight other European countries, aiming to move this agenda forward in close cooperation with tropical forest countries”.

The Partnerships’ commitments to 2025 include intensified strategic emphasis on collaboration with producer countries, and with other demand-side markets. Identifying key levers and opportunities for the ADP to work with producing countries to reduce deforestation in this sector is crucial to link up supply and demand sides.

Several ADP countries are already providing substantial development assistance to producer countries as well as taking part in innovative public-private partnerships for deforestation-free commodity production, but there is potential to scale-up these efforts. ADP is also increasing its attention on working with other actors along the supply chain, such as smallholders, indigenous peoples, local communities and civil society organisations.

To secure real impact, ADP countries will need to share lessons from the partnership with governments and business in producer and consumer countries. As we dig deeper into inclusive approaches to supply chain governance at this week’s multistakeholder event, its lessons will be crucial in informing policies, processes and initiatives in the run up to this year’s major UN conferences on food systems, climate and biodiversity. With less than ten years to achieve the Sustainable Development Goals, we must move beyond discussions – protection of forests must be a policy priority. 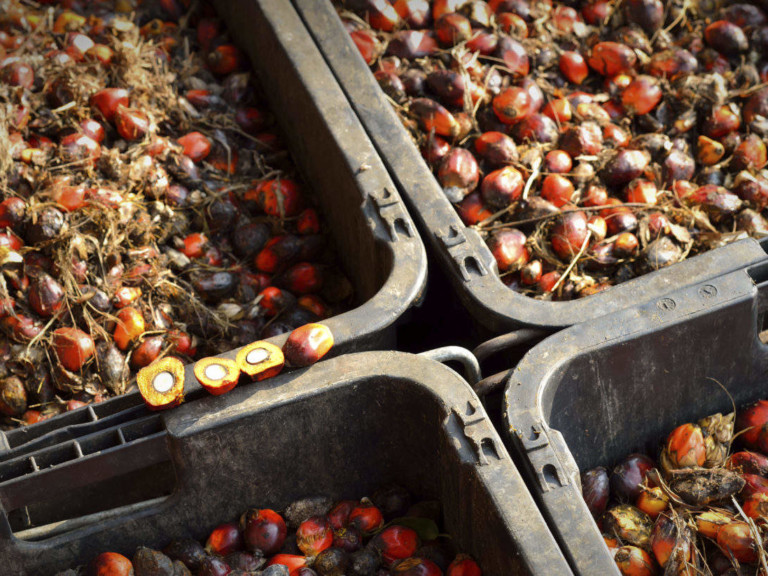 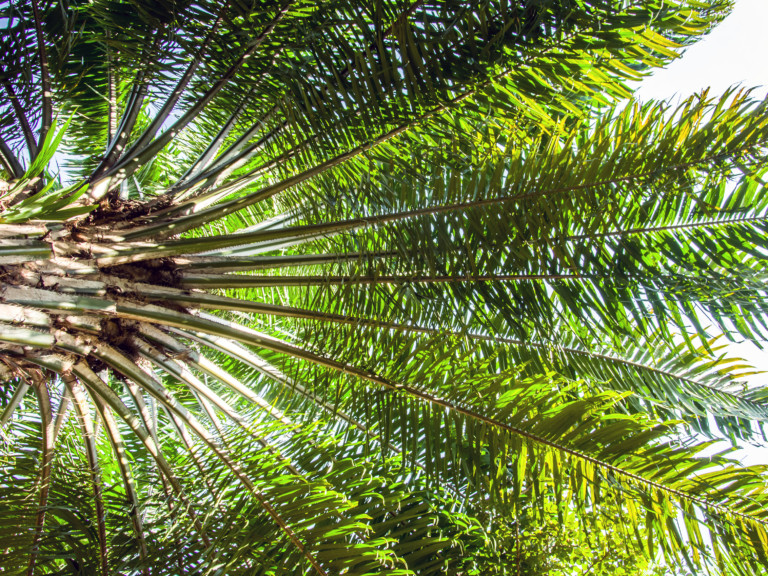